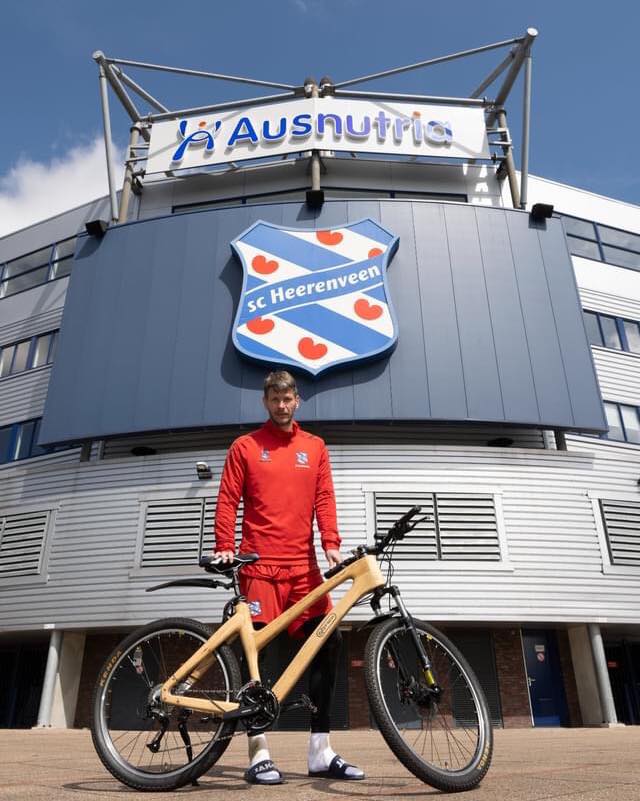 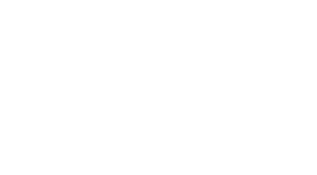 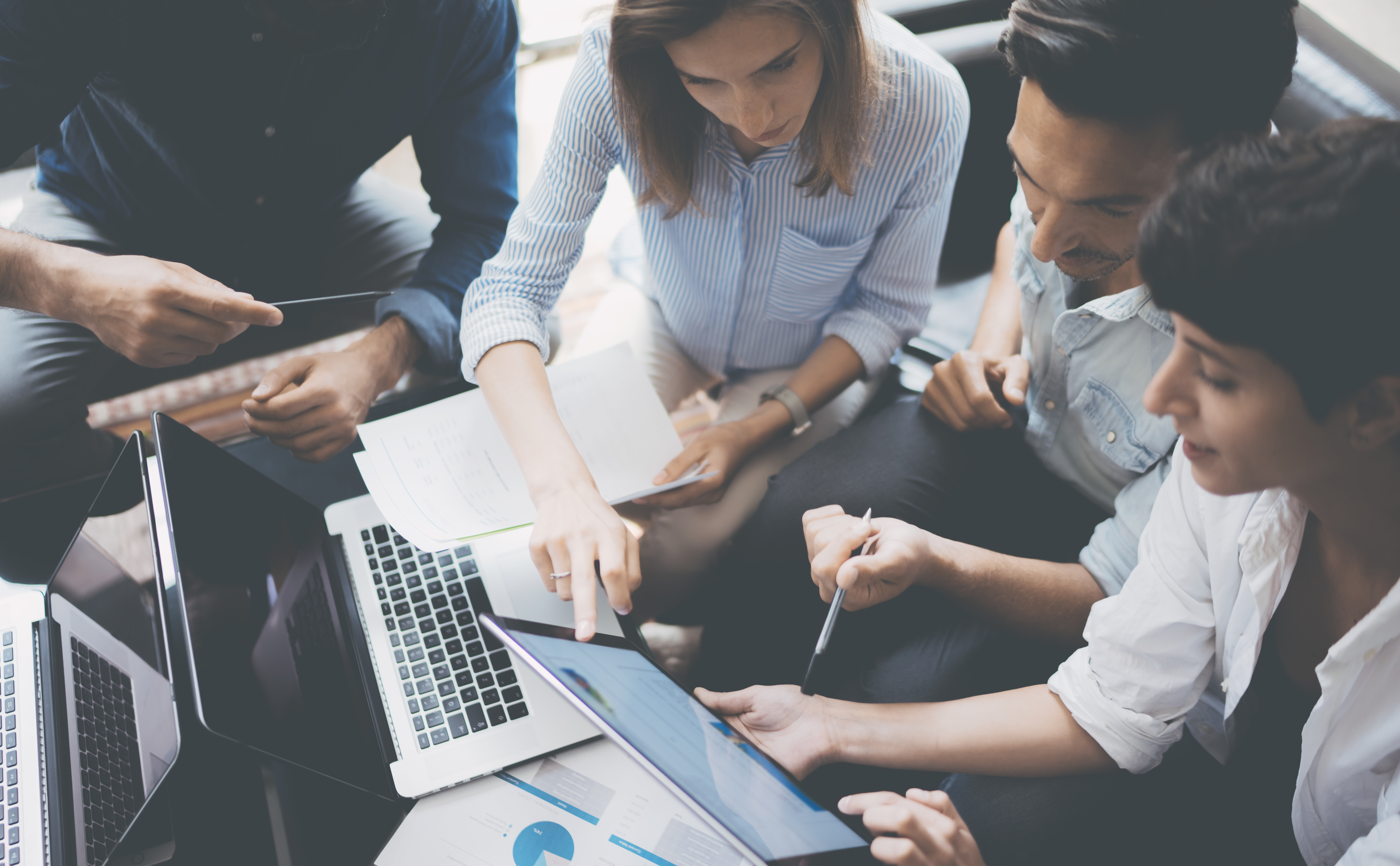 In the geological history of the Earth, climate change has occurred many times with cold and hot periods lasting tens of thousands of years that we often call the ice ages. Up to now, the global climate change is taking place more and more seriously with the most obvious manifestations such as global warming, melting ice phenomenon, rising sea level; Natural disasters occur increasingly such as storms, floods, tsunamis, earthquakes, droughts, colds, ... leaving many negative consequences and negative effects on people's lives. The natural imbalance has been increasingly becoming evident when we witness the disappearance of many species of organisms on Earth, including rare animals due to the destruction of natural environments mainly caused by human. The great consequence of these phenomena is that the global environmental pollution has seriously affected people's lives and activities, one of the obvious manifestations is traffic congestion in the city, serious air pollution.

From the above situation, with the desire to contribute to improving environmental pollution, noise pollution generated by traffic vehicles, reducing traffic congestion and creating healthy habits for people, our Trevi Bike was born with the mission of creating green, useful vehicles for human life, which are bicycles made from natural and environmentally friendly materials. Therefore, we decided to choose bamboo material for the production of bicycle frames, because bamboo is a plant with fast regeneration properties, easy to grow, a cheap and abundant source of raw materials. With the advantages of soil, hot and humid climate that can nurture bamboos to become sturdy, high-strength and durable, Vietnamese bamboo is chosen by Trevi Bike to produce frames. The bicycle has a natural beauty and a beautiful appearance that promises to bring to users different level of emotions when experiencing.

With the advantage of a team of leading experts on bamboo materials and a team of experienced engineers in designing, researching and manufacturing bicycles, Trevi Bike has spent many years structuring and manufacturing bicycles with scientific design and has taken advantange of utility of bamboo and up to now have successfully commercialized many bicycle versions branded Trevi Bike.

With a rigorous selection process from standard bamboo, it has to go through a 20-stage process to create the best quality and beautiful frames. Thanks to Trevi Bike's own know-how, and the skillful hands of the craftsmen, Trevi Bike has created the most perfect bamboo bicycles. Trevi Bike has been available in many countries around the world such as Europe, America, Canada, Singapore, ... and in the near future it will be spread and developed further in new markets and countries. 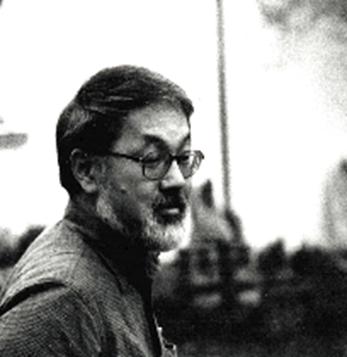 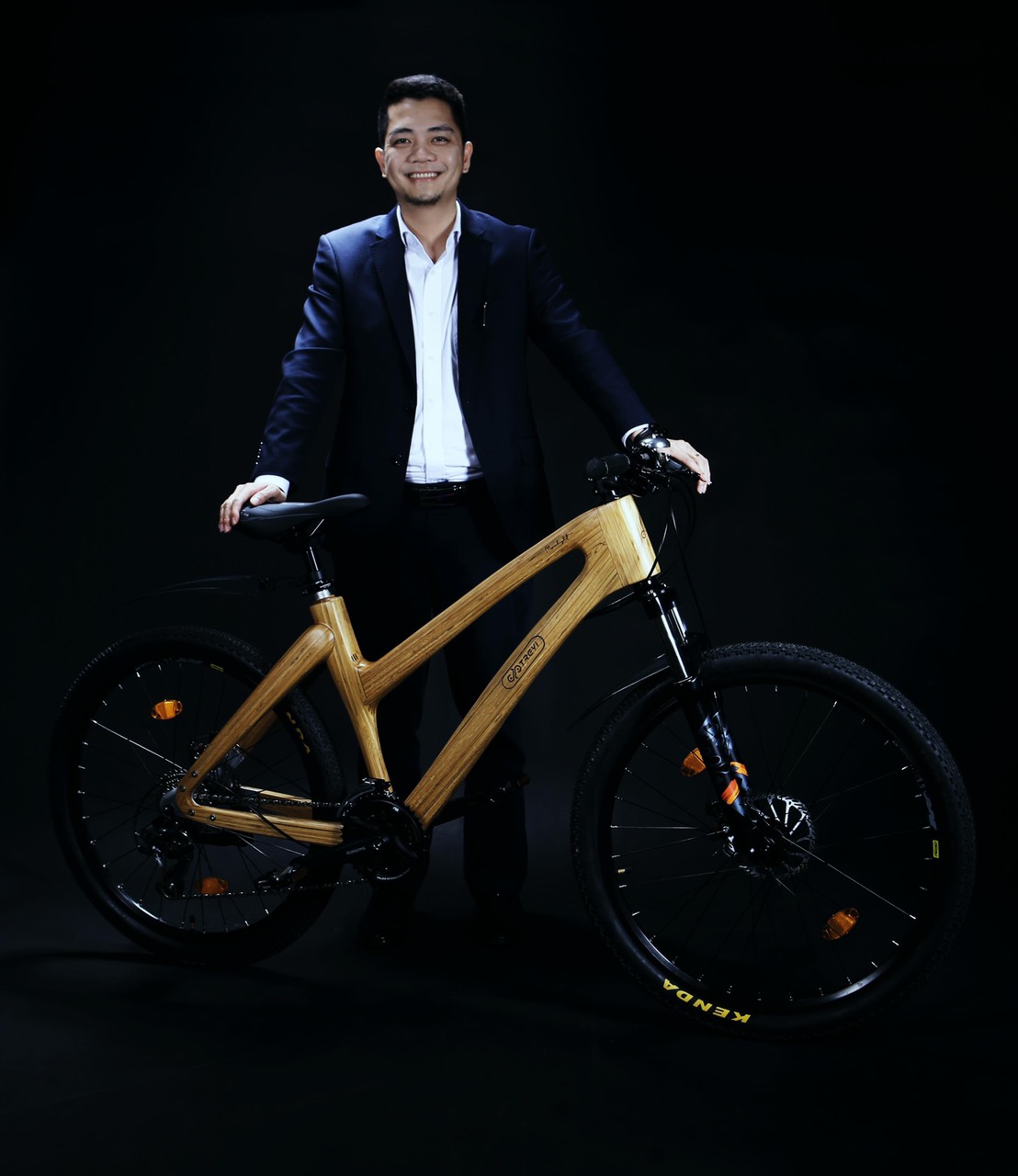 Tibor Halilović (born on 18th March 1995) is a Croatian professional footballer who plays as a midfielder for Dutch club Heerenveen. On 23th June 2017, Halilović signed with Wisła Kraków in Poland. He is also Alen Halilović’s cousin, who is considered a former prodigy of world football. On 11th January 2021, Halilovic signed a contract with SC Heerenveen until 2024. Trevi Bike’s bamboo bicycle is considered to be his companion in the journey with the SC Heerenveen, promising the top matches in the near future. #Trevibike #SCHeerenveen #TiborHalilović #Bamboobike #Cyclingforhealth #Bamboobicycle 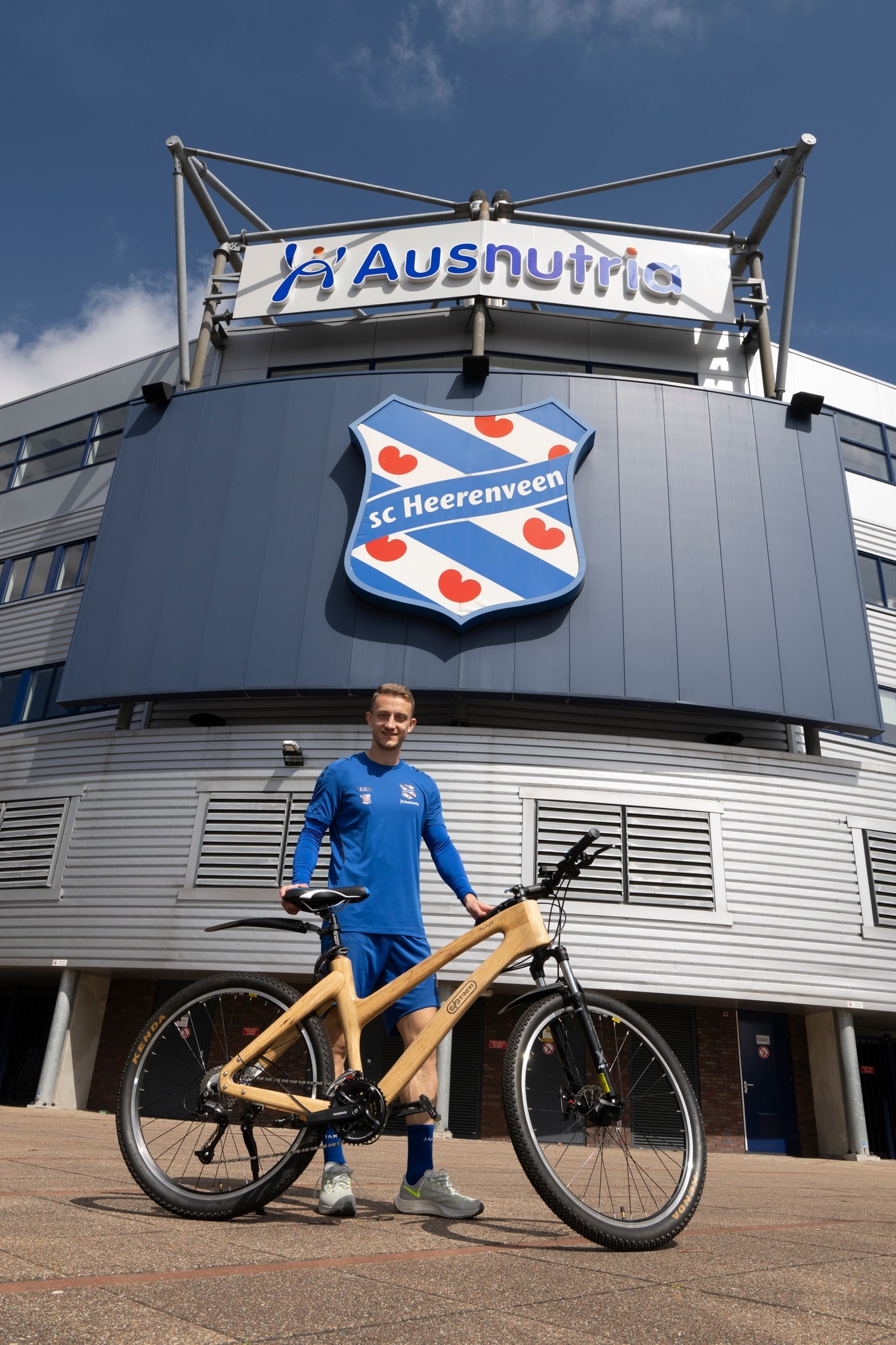 Defender Joost Van Aken (April 13, 1994) with a huge height of 1m93 weighing 75kg and his wonderful left foot is a bright spot for SC Heerenveen. Technical director Ferry De Haan once said: "We believe Joots is the right fit to become a key player for SC Heerenveen." Joots Van Aken is very fond of Trevi Bike, the bamboo bike he uses during training as well as every day. Let's look back at Van Aken's operation process, and expect more for his brilliance in the road ahead. Trevi Bike is proud to accompany SC Heerenveen to contribute to the success of SC Heerenveen. ♥️ #JoostVanAken #SCHeerenveen #TreviBike #Bamboobike #Bamboobicycle 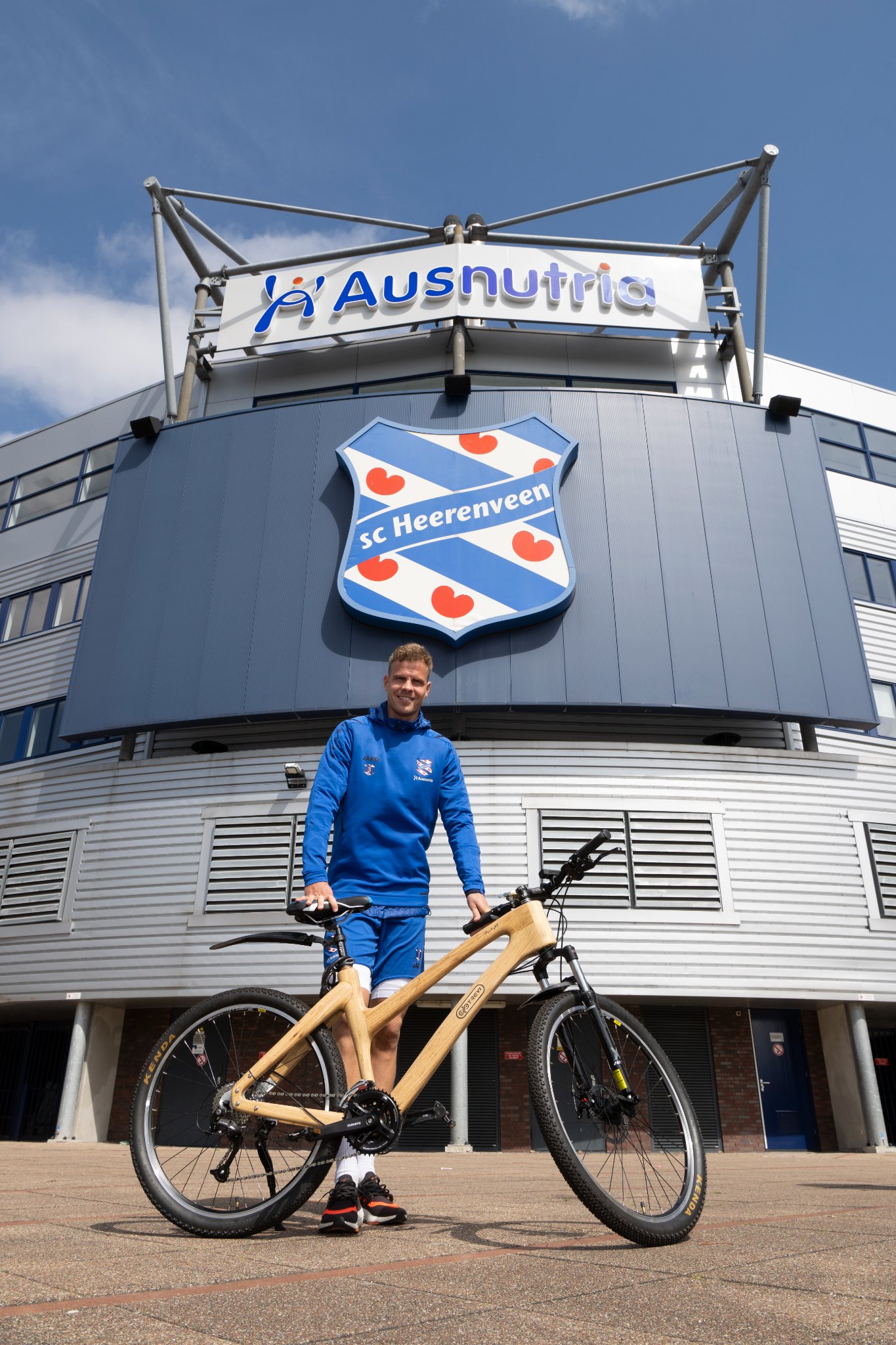 The beautiful English-Canadian actress on Trevibike made in Vietnam. She loves the bike so much that she gives it a try at the first time. 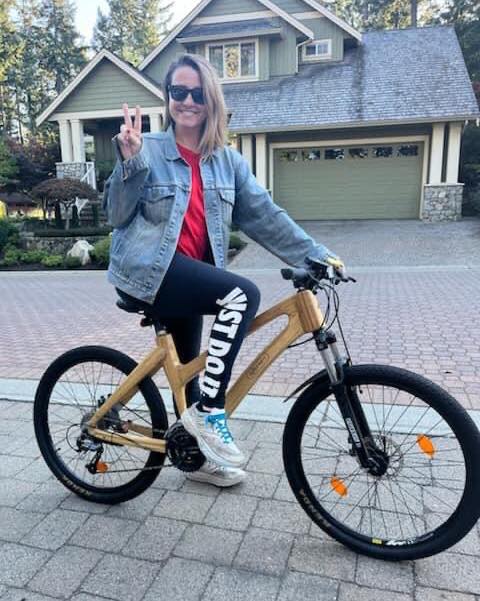 Erwin Mulder (born 3 March 1989) is a Dutch professional footballer who plays as a goalkeeper for Dutch club Eredivisie SC Heerenveen. Born into a footballing family, Mulder's father was a talented goalkeeper. With his passion and true talent, Mulder became the club's captain on eight occasions and in his first season at the club he made thirty-seven appearances (playing all matches in the tournament). He is a former Dutch Under-20 international and was also called up to the Dutch senior team in 2012. Before signing with SC Heerenveen, Mulder played for Swansea City in the English First Division. Technical director Gerry Hamstra has highly appreciated his extensive experience and has put high expectation for what he will contribute. Erwin Mulder himself played for SC Heerenveen for 2 seasons. In the 2015/2016 season, he was the best player of the team. Proud when Trevi Bike accompanies goalkeeper Erwin Mulder in the training journey with the endurance, toughness prevailing in the bamboo bike. Erwin Mulder's perseverance and persistence is the driving force for the youth football generation. #TreviBike #ErwinMulder #SCHeerenveen #Bamboobike #Netherland #Bamboobicycle #Cycling #Sport 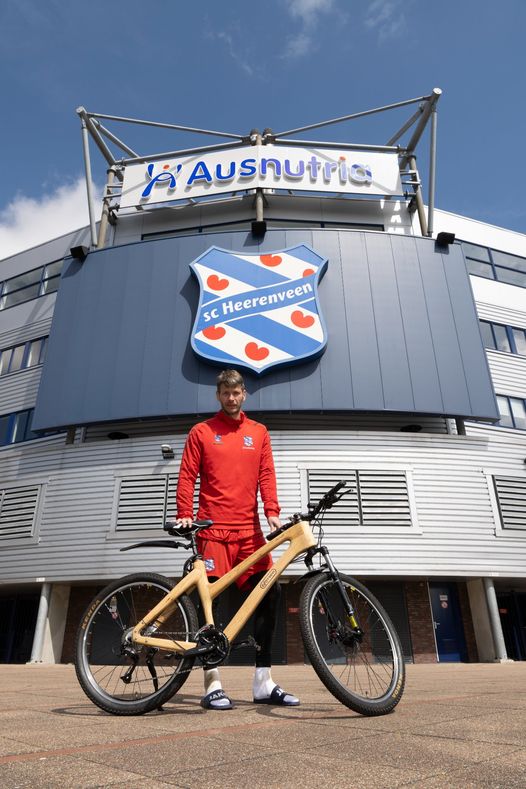 AMIN SARR – YOUNG STRIKER WITH DEXTEROUS LEGS  OF GREAT PRECISION Amin Sarr was born on March 11, 2001, with a height of 1.88m and great skills for the striker position at SC Heerenveen Netherlands. Amin Sarr is considered to be one of the brightest players for the season. Amin Sarr was called up to the Sweden Under-21 football team for the first time in the 2021 UEFA European Championship qualifying matches in October 2020. At the same time, Amin Sarr was also eligible to represent Gambia International. On 31st January 2022, Sarr signed with Dutch club Heerenveen until mid-2025. He scored his first goal for the club against Heracles Almelo with a 2–0 win. Strong legs and speed rotation on Trevi Bike will accompany him to conquer all challenges. See the image of the young striker with the "companion" Trevi Bike – bamboo bike  under the sky of the Netherlands. #Trevibike #ScHeerenveen #Netherland #AminSarr #Bamboobicycle #Sport #Football #Bamboobike 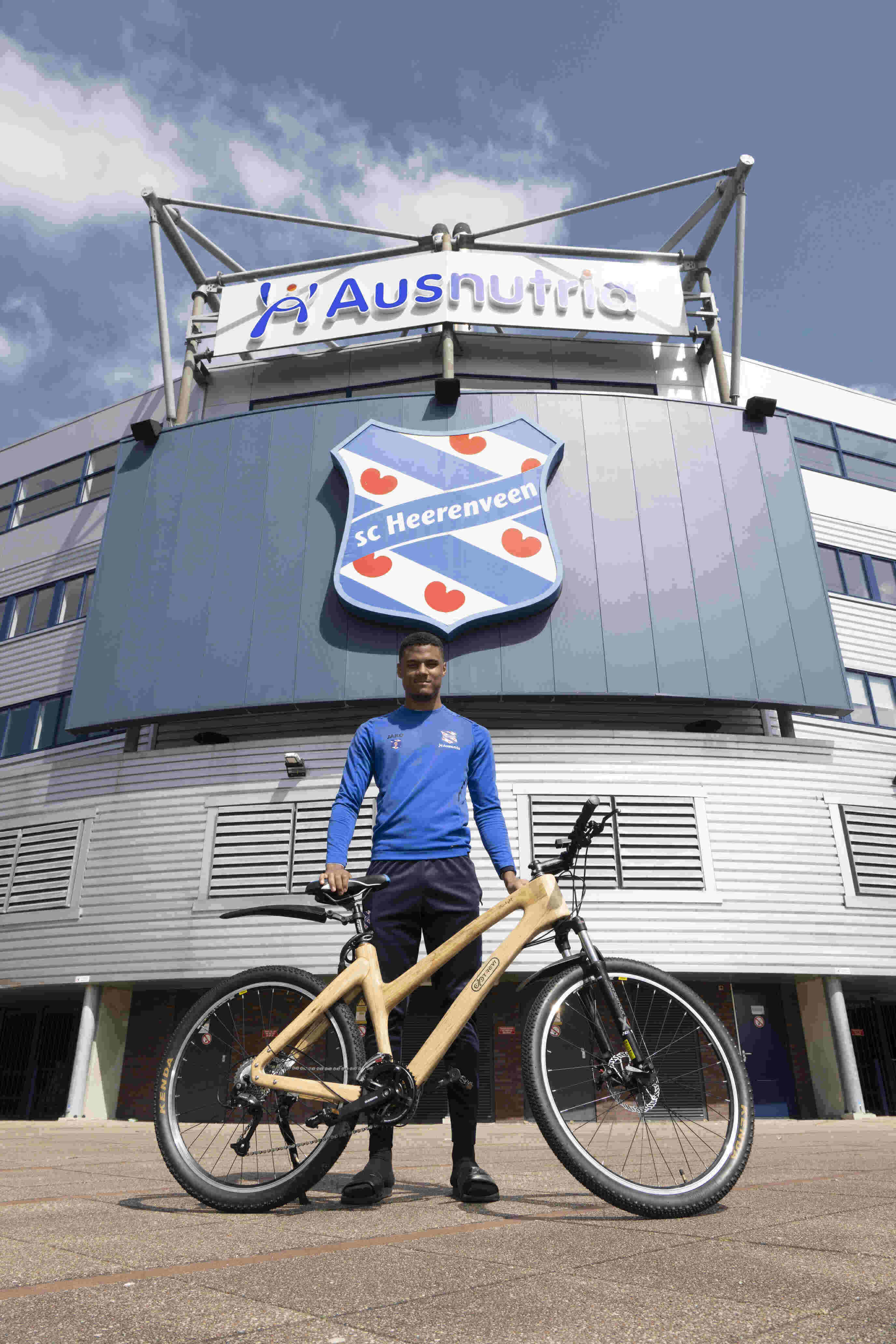 Netherlands – The orange whirlwind is considered a classic in football history in which SC Heerenven is one of the teams with a long history of over 100 years making siginificant contributions to Dutch football history. In addition to the moments of breaking out on the pitch with impressive goals, SC Heerenveen's players always give special attention to training, enhancing fitness, well-being and promoting a green lifestyle through cycling to the football pitvh as a daily exercise activity. Trevi Bike promises to bring players green living, healthy living and living in style experiences! 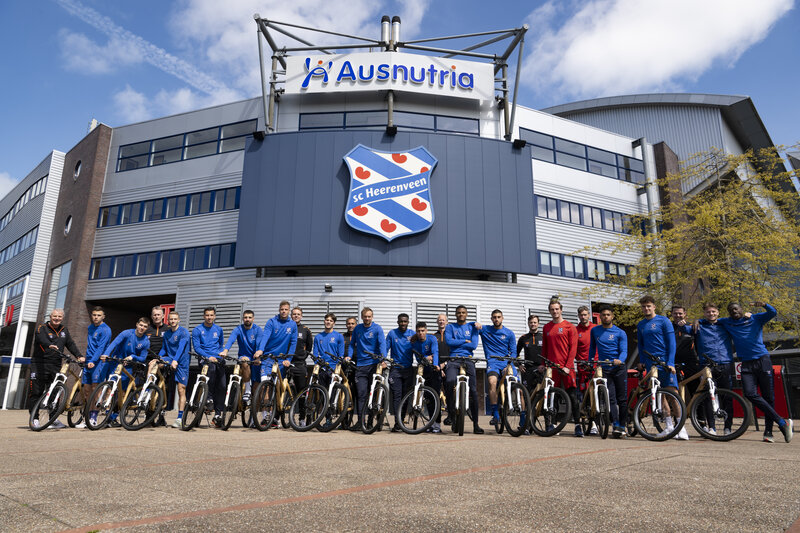